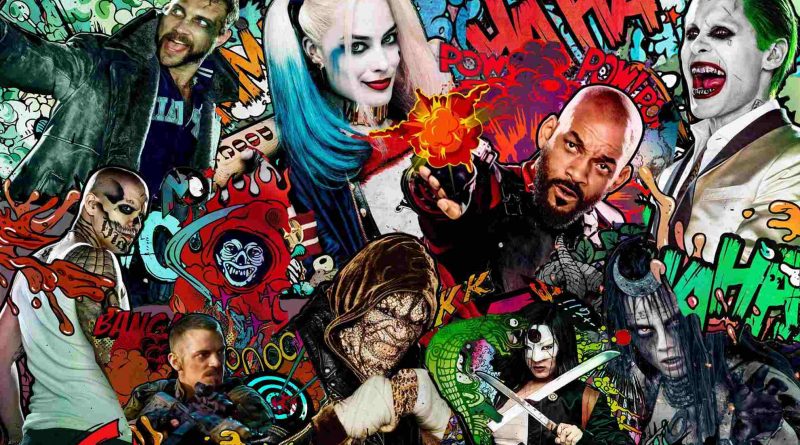 Do you like watching superhero movies? If the answer is yes, then you at least once stumbled upon a movie that was so bad that you regretted the minutes you spent watching it. Here are the worst Superhero Movies ever.

One of the worst films ever made on the subject of superheroes. Despite the quality cast and humor Suicide Squad is a big disappointment. Bad way of directing, superficially described characters, confusing plot… That’s just one part of the story. One of the biggest disappointments is Jared Leto’s acting as the Joker. Especially after the amazing performance of Heath Ledger as the best Joker ever. The main villain is practically invisible in this film. If you don’t have a strong enough villain the whole movie will go to ruin. And that’s what happened here. The only bright spot is Margot Robbie as Harley Quinn. But she was not enough to save the film.

U.S. intelligence is assembling a team of dangerous supervillains for a secret mission. Now Killer Croc, Harley Quinn, Deadshot must work together to defeat the enemy.

Director Martin Campbell almost destroyed the famous character from the DC comics. Green Lantern was supposed to be a slightly more serious film accomplishment, but in the end, there was none of that. The superficial script and unconvincing acting of Ryan Reynolds did not help. The only good thing about the film is the chemistry between Blake Lively and Ryan Reynolds, but that’s all.

Green Lantern is a guardian of peace in the galaxy. Pilot Hal Jordan as a talented test pilot is new hope for all those who seek heroes. It is he who will become the new Green Lantern.

Dark Phoenix is the latest blow to the X-Men franchise from which it will not recover so easily. We don’t know where director Simon Kinberg’s idea came from to eliminate some of the characters who in some way wore the newer part of the franchise. On the other hand, it was as if they couldn’t decide what to do with Jean Gray. Is she a saver or destroyer? After so many films, we think it’s time to decide. Finally, an unconvincing story marked this project as one of the worst X-Men movies.

The X-Men team faces a powerful enemy which is why Jean Gray’s powers begin to spiral out of control. During a space rescue mission, Jean nearly dies. After being hit by a mysterious force, Jean becomes even more powerful but more unstable. The X-Men must team up to save her soul.

While it’s hard to find any flaw in Halle Berry, the Catwoman movie is simply desperate. From unconvincing acting, superficial and naive action to unconvincing villains… All of this helped make Halle Berry regret the moment she decided to make the film. Many will only single out the costume in which Berry looks great.

Patience Philips is a woman who is insecure about herself. Once she becomes a Catwoman and gets cat-like reflexes, she will become a heroine.

If you want to make a boring movie without humor or anything interesting, this is Fantastic Four. It’s hard to say which was the more unconvincing Miller Teller or maybe Kate Mara? The main villain, Dr. Doom, seems to have come out of a B-production cartoon. Maybe the idea was good, but they finally got a bad product.

Four young people gain power after being transferred to an alternate universe. Although each of them has some abilities together they must find a way to prevent Doctor Doom from destroying the country.

To this day, few people understand what Joel Schumacher wanted to achieve with this film. What age group did he target? When you look at who’s acting at first, you think it can’t be bad. But Uma Thurman, George Clooney, Chris O’Donnell were not enough. The film seems so silly at times that you worry about whether it will affect your health. An attempt to have several strong villains in one film failed. Joel Schumacher eventually made a film that many wishes had never happened.

Batman and Robin try to defeat the villain’s Poison Ivy and Mr. Freeze. In the end, Batgirl joins them in the fight.

Teenage Mutant Ninja Turtles 2014 is a movie that misses a lot. There isn’t enough funny and interesting moments. In short one of the dumbest films ever made about two-legged superheroes.

Four Ninja turtles, after being created from a failed laboratory experiment, decide to fight the bad guys. This time they will do it with the help of journalist April and her cameraman.

When Zack Snyder decides to direct a movie the chances are 50:50 that you will like what you watch. Justice League, Wonder Woman with Gal Gadot, Man of Steel, Aquaman… These are just some of the movies Zack Snyder has worked on. But what happened to him when he decided to shoot Batman V Superman: Dawn of Justice? Why did he think it was a good idea to put two favorite superheroes fighting each other. Maybe he ran out of ideas so he didn’t want to make a sequel about Superman? The biggest minus of the film is the plot as well as the poorly done role of the villain. All in all very bad.

Convinced that Superman is a threat to humanity Batman is moving to Marbella in personal revenge against the man of steel. Before you start watching one of these movies, think twice.